The German brand Womanizer has taken the world of sex toys by storm with the best selling toy of 2015 – the Womanizer and the new generation PRO. These are specific toys purely for women = designed for clitoral stimulation only. They don’t use vibrations, but only special pressure waves.

Womanizer products bring a revolutionary innovation to the market. Womanizer can stimulate a woman’s clitoris without touching it. 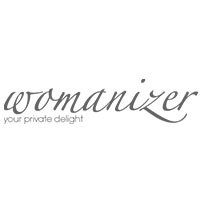 How does it work?

The attachment is placed on the clitoris, which is gently sucked in and stimulates the clitoris using pressure waves that are controlled by a microprocessor. There are about 4,000 to 8,000 nerve endings on the female clitoris, which are so sensitive that even the skin on your hand cannot perceive such intense stimulation as the clitoris.

See all toys from this brand“

The Womanizer (incorrectly referred to as a womanizer) works with pressure waves that only the sensitive clitoris can sense, you won’t even feel the waves elsewhere on your body. The stimulation head is made in medical grade silicone and meets all requirements and standards.

Their production is done in close collaboration with designers and doctors. The uniqueness of the Womanizer is that it does not vibrate, but applies pressure waves to the clitoris without a single touch. Womanizer is also synonymous with “orgasm factory”.

We have tested several Womanizers

The only thing we can criticize is the price, which is significantly higher compared to other products. 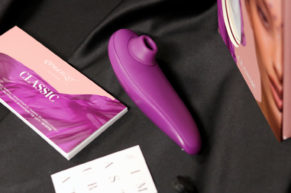 Womanizer is a concept - a pioneer among toys and a best friend of many women. I myself can't get enough of it. It even earned me the nickname "instant orgasm ma-chine", which probably says it all.
Aly
editor
CONTINUE READING 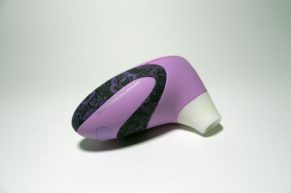 The Womanizer PRO promises an orgasm in under two minutes… One was enough for me! REVIEW

Womanizer - a toy that stirs up a lot of emotions in people. It promises a powerful orgasm that women can achieve in a very short time. It is a unique toy on the market that sucks the clitoris and stimulates it with pulsed pressure waves (so don't expect vibrations)... But the price!
Aly
editor
CONTINUE READING

We recommend these sex shops to you because we buy our sexual
test toys and we always get quality pieces at a great price: