We have had several chastity belts to test, but all of them were “minimaslistic” – purely for penis and testicles only. Otherwise, you were free. But there are also larger belts on the market that look more like full leather panties that wrap around your hips, between your legs and up your butt and hold you tight and unrelenting. We received just such a pair from Elephant for review 🙂 and testing was pretty challenging, as the strict Mistress contributed her share.

ZADO’s belt is built quite sturdy but also subtle, so under clothes paradoxically not much is visible – there may just be a more noticeable bulge at the crotch at first glance, but that’s not a bad thing:) it can arouse curiosity and laziness in my colleagues. 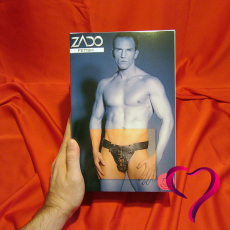 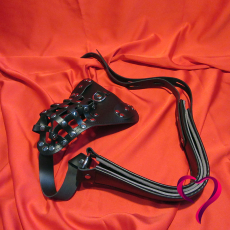 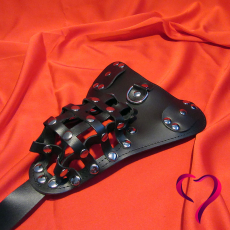 How tightly does it hug the manhood?

For the penis and testicles there is a grid leather “cage” with metal studs for reinforcement – during erection it held me many times and did not allow me to fully erect = its purpose to torment me and cool my naughty thoughts definitely fulfilled. 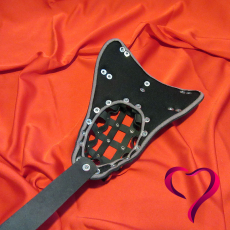 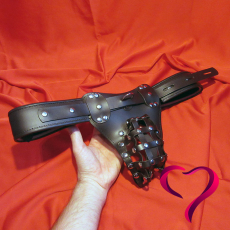 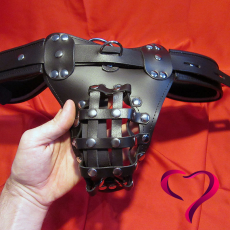 But just the on and lock on alone is so exciting that the erection didn’t take long to build – and I was freshly jerked off and restrained so there was no way I could resist the deployment. But I twitched a little anyway, so I got spanked on the lap and it passed quicklyO:)

The inside of the belt is padded with a softer “foam” so when you tighten it, it holds tight but doesn’t rub.

Someone needs it customized too

On size, I’ll definitely stop here – I’m smaller in the hips, so I ran into an annoying problem that made it impossible to lock the belt without modifying it and staying trapped in it. It was simply loose on the sides, so I could take it off – solved by scissors and black thread to sew up the cut side ends, which allowed me to beautifully cut it down to the size I wanted. It’s mine and mine alone anyway (and I’m not giving it away), so why not have it modified to “fit”.

How I evaluate the belt after a few weeks 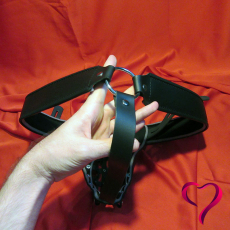 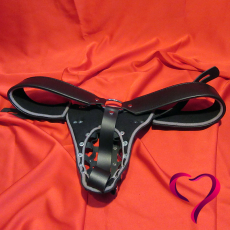 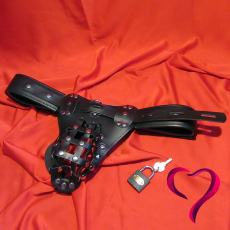 I rate the belt very positively, I find it more comfortable to wear (even longer) due to its weight being held by the belts themselves on the side and not purely by the penis – as is common with traditional steel or plastic chastity belts. You wouldn’t notice it in looser trousers and the pronounced profile is only visible when you’re in shorts. But he looks so good when he’s undressed that he’d be good with a collar and leash at a fetish party… where Dominos bring their subs.

Find out how much the Zado leather chastity belt costs

Thanks to the slightly looser waistband (reminiscent of a thong piece) between the cheeks, you can sit on the toilet, but it’s not nice and easy – probably shouldn’t be, it belongs there. You can go for a small one too, but you have to meet the tip of your penis in one of the gaps in the “leather cage”. So the belt, despite its size, can be worn for longer periods of time – and therefore more torment and abjuration for the sub locked in the belt. 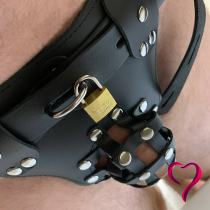 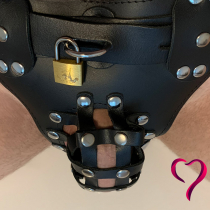 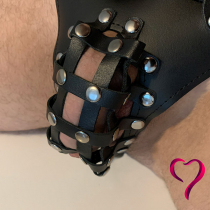 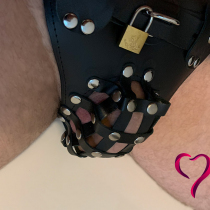 The first hours are uncomfortable, after all, it will restrict your movement a bit, but it’s important (and you have no other choice anyway) to survive it, the skin will soften and adapt to your curves and the torture will be a bit more bearable… unless Mistress starts teasing and provoking you… After a few days, you’ll be just as aroused by an exposed shoulder or a gentle swipe on the fly… 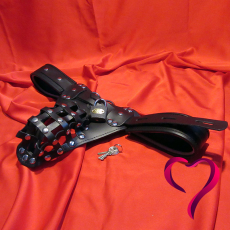 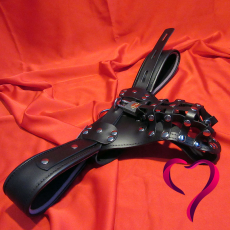 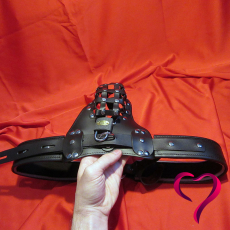 Marek N.
Reviewer
Marek has been with us for a short time, but he is not afraid to show not only great reviews and articles from practice, but often also something of his body. This makes his reviews very naturalistic and bold. They are worth reading... and to look at...