This testing took me considerably longer than usual, because I got so many accessories in the package that it took all evening just to unpack and inspect it all. In addition to the dick pump itself, the package also included a breast bell, two smaller nipple “bells” and a vibrating set. So let’s take a look at it all.

Review of the Vacuum Master vacuum pump from BOOM

The vibrating pump is great if you have an erection problem, which I personally don’t judge. But you can also use it before sex to exercise your erectile bodies a little bit and achieve a higher erection. Too bad it’s quite time consuming, and my wife told me flat out that while it’s all nice, it didn’t improve the foreplay any, because she got quite bored with it. You either have to hold out for a longer time or pump the drop repeatedly. Speaking for myself, I have to say that the whole procedure didn’t help me that much. With a regular choke ring or a little stronger thrill, I get more or less the same results. 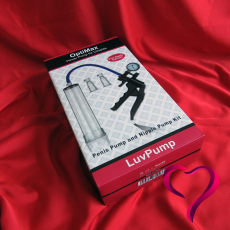 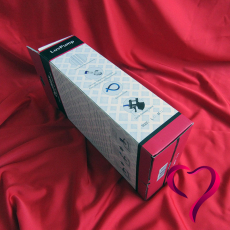 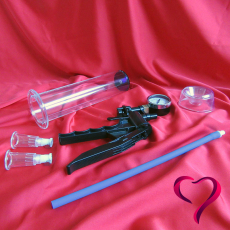 How was the pump used?

Fortunately, the kit includes a ring to provide a better seal around the penis, but a little practice was still needed. The actual control of the pump is solved by a slightly awkward lever, which if you were to pump a little longer would definitely start to hurt your hand.

In short, at first I had to experiment a lot to find the right combination of what to hold where and how to pump. A slightly longer hose between the pump and the cylinder would definitely help with this. There’s also a large and clear vacuum gauge on the pump, but I found it pretty useless. After all, you just need a dial in the head with two readings “cool” and “this is getting annoying”.

Find out how much does a BOOM vacuum pump cost

Long story short, as far as basic pump use goes, it was admittedly a bit uncomfortable and complicated at first, but once one got the hang of it, it did what was expected of it. Purely subjectively, however, I have to say that personally, I prefer simpler and faster forms of helping to give me a fuller erection.

A big plus is that all cylinders and bells come with a mechanism that allows you to disconnect the tubing, the vacuum is maintained and you can move on to the next bell with the pump.

Nipple satisfaction on both sides

As far as other accessories are concerned, Nipple Bells are attached directly to the pump, so no nipple is left unattended. I don’t even know what else to say about them. They provided blood flow and more sensitivity, in other words, satisfaction was on both sides. The other accessories were already extra and must be purchased separately. With the breast bell it was a bit worse. The edges could have been made of softer material. Its use was not very comfortable, because it had to be lightly pressed to fit. 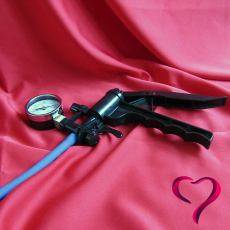 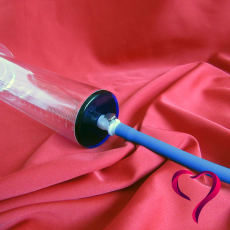 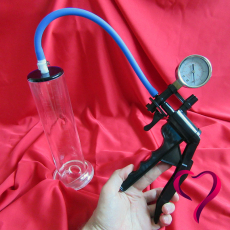 The part of the accessory that I really didn’t understand, was the vibration kit. This is a penis roller attachment and a vibrating egg of fairly strong power. It does vibrate a lot, but I don’t understand what it is supposed to accomplish.

There is little vibration transmitted to the penis itself, so I more or less sat there listening to the buzzing and wondering whether to reach for a vibrating vagina, which does the same thing and much better. The egg is also very noisy, and although it’s nice in appearance, the controls are a bit fiddly. Such a strange piece of plastic that looks like it will soon fall apart.

There are more accessories to buy, which makes the pump good for both sexes. It’s worth it financially too, with one pump you can steam/flood everything you need. 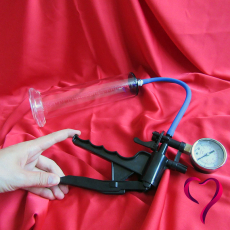 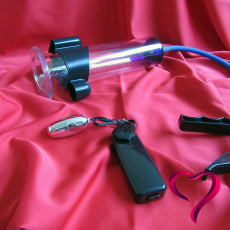 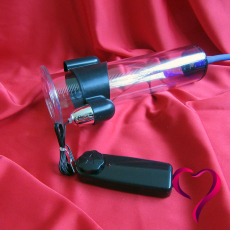 Although not all parts of the kit and accessories give the impression of perfection, and it took some time to learn the mechanism at first, if you’re after a similar product, you needn’t hesitate. With a little practice, you can really get just enough music for reasonable money.

Karel
Reviewer
After discovering that he couldn't write book, movie or music reviews, he decided he wanted something completely different. He's happy to try anything and everything, and will always be happy to write toy reviews with insight and humour. His wife is more than willing to test gadgets with him and add her own opinion to them, specifically how much a given gadget made her laugh the first time she saw it.

I’m just wondering if it’s a problem that she doesn’t have a pressure gauge.

It’s more of an amusement or comparison feature, you don’t necessarily need to know the pressure – the key is the feeling after putting it on and pumping, that’s how you know if it’s OK or not. 🙂

Do you think this one is enough, since nipple attachments probably don’t attract us that much? I want to buy a vagina attachment to go with it. 🙂