Stimulating Double Wing Hot Octopuss Pulse for men = what is it?

A new revolutionary sex toy for men, or a flop? What is the Hot Octopuss Pulse second generation actually like? Is it worth investing in for gentlemen (or even ladies)? That’s what we want to reveal to you today in our long review.

We’ve had the Octopusse for about 4.5 months of testing, so we think this review is very telling of its value. In short: this men’s toy (it’s nicknamed Solo) has unconventional stimulation technology – it doesn’t use traditional vibrations, but the oscillation of a teasing element inside the toy that has a crown emblem on it. This protrusion doesn’t vibrate classically, but oscillates up and down, so the penis – here specifically the bridle and especially the glans – gets a constant solid load of touch and special vibrations.

Video of the unboxing

Like the competing Fun Factory Cobra Libre, it works with strong>teasing primarily the tip of the penis, but thanks to the open body of the wanker, you can tease the entire length of the penis with it. With a bit of skill, you can also probe the testicles – and they are extremely sensitive to such touches. 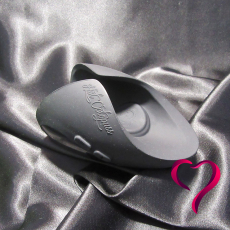 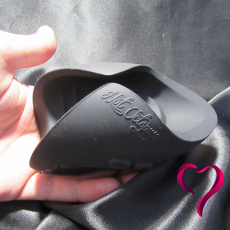 If you are slightly aroused and help yourself to a few fantasies on:

…so you can look forward to a solid and fast orgasm.

Find out how much the Solo 2 vibrating wanker costs

I would rename the Hot Octopusse (after testing the Womanizer on a female friend) to An orgasm machine. And compared to your stereotypical and boring right-handed or conventional “over-the-top” artificial vagina, it’s a lot more interesting and intense. It’s a much different experience – like having hundreds of nimble and cheeky tongues hitting the sensitive underside of your glans. 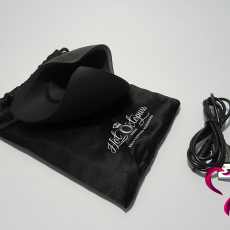 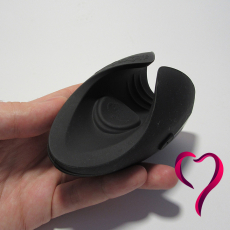 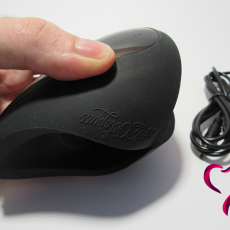 Of course, the most intense playcomes with lubricating gel, which allows you to slide the length of your penis between the side wings, which you can press with your palm = this regulates the grip of the toy, similar to that of soft fake pussy/pennies.

And now a little hard data:

Wait? During sex with a girl?

Yes – just like partner vibrators, the SOLO variant (although there is also a purely partnered DUAL version with additional vibrations) can be used during foreplay or sex alone. 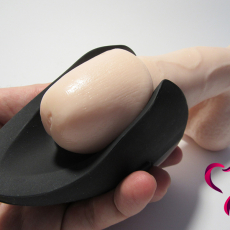 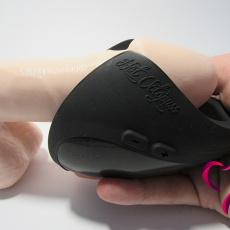 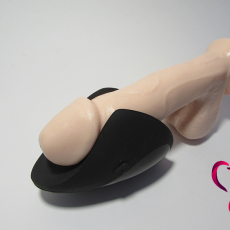 For hobbyist, missionary, … you can have mounted on the penis HO Pulse and rubbing its other side to tease the partner = success guaranteed. Alternatively, she can use it for a good warm-up before sex – but watch out for that. Just a moment of inattention and lack of control and the erection will be over = hard to endure such a long tease 😉

I wonder if it is better in terms of intensity if we forget that the fleshlight doesn’t normally have vibrations so if this toy could compete with it. In terms of stimulation.

it’s hard to compare, it would have to be a Fleshlight with vibrations (Vibro version) and especially there isn’t actually penetration into anything like a woman’s clit.

I’d be more likely to compare specific glans/glans teasers, so just the Hot Octopuss Pulse and the Fun Factory Cobra. The Cobra does work with vibrations and the Pulse is more of a rapid oscillation, but in some ways it could be considered identical. While I find the Cobra to be great, I enjoyed the Pulse more due to its stimulation not only on the tip of the penis, but also on the body of the penis, and possibly with a little skill on the testicles as well (plus it has more use in partner foreplay).

Together, it makes for a very interesting mix that even (for me) the current king of Cobra Libre non-traditional “jerks” (they don’t have much in common with classic jerking, hence the quotation marks) doesn’t beat.

I wouldn’t throw away the classic Fleshlight/Tenga type shup-sem-shup-there wankers either – they mimic a full load and that has so much going for it 🙂 I have all of the above (from Fleshlight and Tenga and more pieces) and still my favorite 3 pieces (Fleshlight Flight, Cobra Libre 2 and just the Pulse from Hot Octopuss – each is “their own”).

Nice article I was never really interested in these things, but somehow I fell into it now and I’m finding that it’s really fun with gadgets and tools and there’s still a lot to learnAnd it’s true that there’s no wanking like wanking

Thank you for your contribution:) The classic right/left hand job can get boring over time and life is long enough to be boring, so just as you say why not spice it up.