Sometimes I have moods where I am strongly submissive and don’t like to be controlled. I recently got a gift that my partner really controls me with – a vibrating egg remote control. He remembered very well the excitement I had about the vibrating panties that appeared in the movie You Want Me, I Want You (Ugly Truth). He said vibrating panties were hard to come by, so he wanted to at least make me happy with an egg.

I got the Cry Baby (cry baby in translation…) in white and black combination (it’s also sold in pink). It has a nice oblong shape that is tapered in the middle. It actually looks like any other vibrating egg. Only there is no long tail peeking out that leads to the controls. It only has an “antenna” which is also used to pull out of the “peach”. The egg is made of hard ABS plastic.

Find out how much the Cry Baby 2 vibrating egg costs

Vibration control is solved by remote control. Like the egg, the controller honours the black and white colour. The vibration is turned on with a round button and escalated with a “heart” (see photos for what it looks like). I especially appreciated the Backlit Display at night when I was playing alone and could see the current vibration level clearly. The first 3 are just different strengths. The next 7 are different pulse vibrations.

Power supply for the vibrating egg

The egg “swallows” 2 AA batteries and controls 1 tiny one (RV08 23AE 12V). There is a silicone ring in the thread on the egg that should prevent moisture at the batteries. However, I don’t guarantee it is waterproof – more like waterproof. The downside is that the battery in the egg is always on standby, “waiting” for a signal from the controller. When we weren’t using the egg, we removed the batteries from the egg.

The vibrations are not completely silent, but they did get lost in busier environments. The range of the remote control is 40 metres, according to the packaging, but in an open area, we didn’t have a problem at a greater distance. In an apartment (prefab), the egg worked even through two walls. 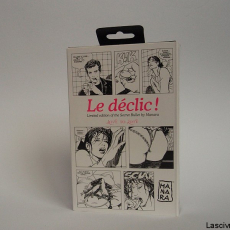 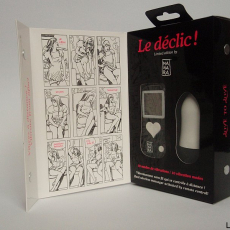 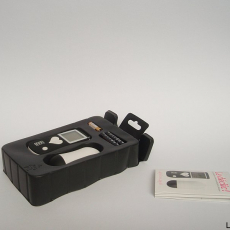 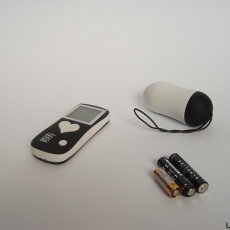 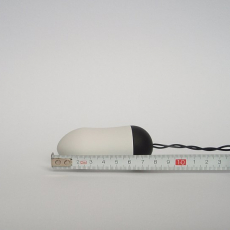 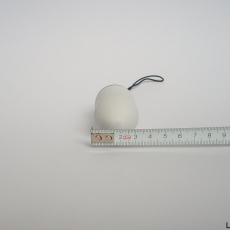 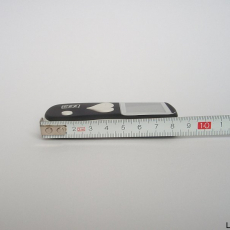 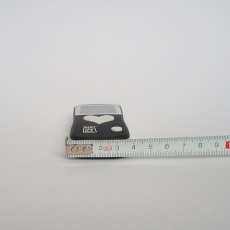 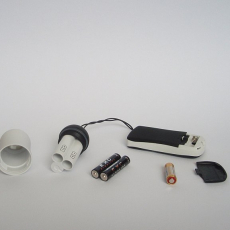 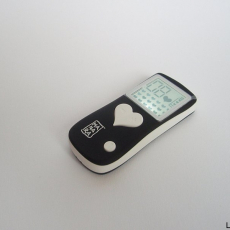 How did we test the egg? In the moments when I was submissive my partner discouraged me, teased me a bit, and then the egg came out. It was easy to introduce, just a string peeking out. My boyfriend then played with my lust – added a little vibration, took it back down, turned it off.

Vibrating in public and outdoors?

We also took the egg for a nice walk in the countryside, to the shop or the cinema. The vibrations great, my boyfriend liked to surprise me, so I was a little scared when the egg started vibrating and I went almost to my knees with pleasure.

At first I had trouble getting used to the egg while walking – it pushed a little, but after a while I got used to it. I would also fault the volume of the vibration. In a busy environment you wouldn’t notice them, but at rest they are audible.

does the new version have a lanyard for easy removal?

Good day, unfortunately we don’t have the second generation and according to the photos it looks like it doesn’t have the loop. BUT, even a lot of the first generation product photos show the vibrating egg without the loop because it looks better and cleaner. So it’s possible that it has it again = it would be logical for us too, otherwise it would be hot hard to take it out of a woman’s womb 🙂

Hello. What kind of remote control vibrating egg is this ? Is it worth buying? 🙂

The manufacturer will tell you anything :)) The egg will be inaudible when it is at the lowest noise level – at higher levels it is impossible to muffle it with the woman’s body – especially with stronger vibrations, I dare say from experience that the woman will be much louder than the egg itself 🙂

So there is generally no problem with the volume – the new generation is quieter than the previous one, but I think it’s at the limit of what can currently be produced 🙂 The quieter the vibration is, the weaker it will be, and that again is contrary to the use of the egg…

Then the battery won’t be a problem.
I like the large range, it can be used every moment.
And with the newer version, is it the same with the noise level ? The seller says it’s inaudible inside. Thank you for the recommendation :)) i will think about it a lot 🙂

We had an older version that had a solid range and basic shape even then. How satisfied we were you have in the review – good range, but unconventional battery and higher noise level. The new version (we have it for review now), has a bit more range – best out walking of course… even the shape has changed.

Nothing has changed on the atypicality of the batteries (unfortunately the manufacturer probably didn’t read our test, so he didn’t change it ;)), but just like last time, they can be easily bought in newsagents, electros and anywhere where they have a larger selection of batteries. For me – for outdoor play, teasing teasing, or even bed play I would recommend it :))