Registration / Login - for 18+ photos from testing

This isn’t a piece you can slip on discreetly and walk around outside all day… Here, you won’t be warmed by the feeling that you have something “forbidden” inside you that others wouldn’t understand, but it excites you beyond belief. 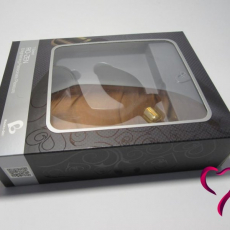 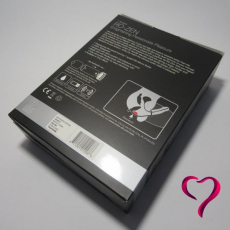 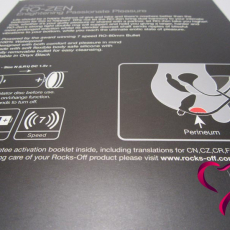 This one (like others) should only be used for short periods, even a few dozen minutes will be very borderline, as it’s quite tight and mainly strangles both the testicles and the penis itself. A few minutes will be enough.

» Find out how much a RoZen plug/ring costs «

How is the pin/ring put on?

Quite similar to the chastity belt reviewed a few months earlier. Because of your testicles, you have to put them on first (you certainly don’t want to crush them with a thick silicone eyelet) and then put the eyelet on your penis. Of course, it works best when you’re not aroused = I’ve already filled my entire shorts at the sight of this piece = you’ll be aroused just by the feeling of being gripped and filled.

From experience: I would fault it for the thicker diameter at the base of the pin, which normally ensures that the pin holds well in the asshole. This one, however, is quite thick compared to the diameter of the pin itself – so you may find that it slips out for a retracted and sufficiently loose asshole. And it’s quite a pain to put it back in again and again. 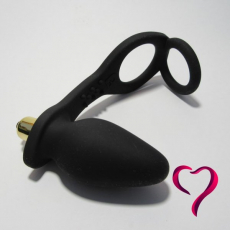 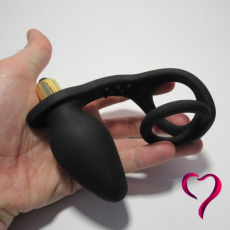 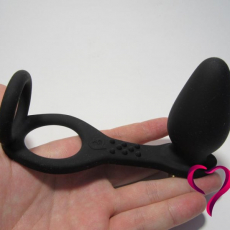 The ring on the root of the penis and testicles will keep it on you within limits, but slipping out is a big problem. Yet they are one of the best selling combination pins on the market – I guess not everyone is as trained as we are O:) 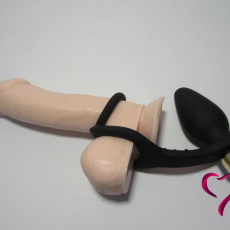 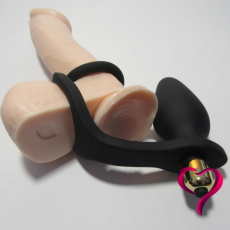 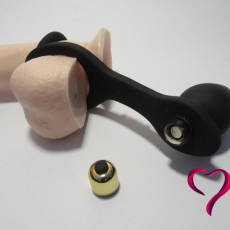 Overall, it’s a solid piece, with vibration, double ring, but for my taste the pin is quite small, you will feel it, but it’s nothing that would stretch you strongly and all the more you would enjoy classic sex = it’s not prevented even by a full ring fitting. On the contrary, thanks to the constriction of the penis and testicles and the transmission of vibrations from the anus to the lap, it’s a solid helper when teasing a girlfriend…

Editor-in-chief and founder of Lascero.com magazine - he is interested in unconventional toys that take the perception of sex play to new levels. As a D/s, if you want to switch, he enjoys sex from all possible sides and angles. He wants to get rid of sexuality from the unnecessary taboo that has been ingrained in the Czech basin for decades. And hopefully he succeeds...
Submit a Comment