Nowadays, Venus balls could be primarily classified as health aids. After all, they can already be bought in any drugstore – and for a few crowns. But there are also more expensive pieces. For example, in Anna Marešová’s studio you can buy a venus ball for nearly two and a half thousand crowns.

Video from the unwrapping of WDD balls

At first glance, this may seem like an exorbitant price. That’s why we took a multiple, in-depth look=).

I went directly to the Whoop.de.doo studio to get mine (which I recommend to anyone who’s interested, it’s a nice experience) – the other option is to buy them from the e-shop. I had a choice between a lightweight (41 gram) and a heavier (65 gram) version. Both versions also come in white and red. I had absolutely no idea which to choose, as I had never considered the weight of the balls before. In the end, I took Anna Mares‘s advice and went with the heavier ones.

My enthusiasm from the visit to the atelier did not leave me even at home. On the contrary. It deepened the moment I opened the box. The fact that there were marbles of my choice in there will surprise no one. With more luxurious toys, I’m also used to the packaging – in this case, it’s hand-sewn from Swiss cotton. And instructions for use wouldn’t be unusual either. 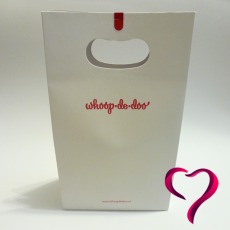 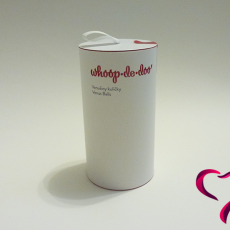 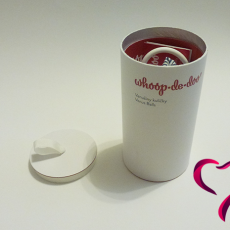 What sparked my enthusiasm was a small, at first glance unassuming card that read:

“Second version of the whoop-de-doo Venus Balls
No. 322″ and Anna Maresova’s signature.”

For the first time in my life, I had a thing with a specific number. It wasn’t one anonymous production piece. I had exactly 322 of the second version. I had my original piece.

You might think that sounds silly, but at that moment I felt really special. Whoop.de.doo Venus Balls is not a piece that everyone has. Yes, it’s petty, but I’m just a woman =D.

When I unwrapped the marbles, I was fascinated by their design – so simple, yet thoughtful. Graceful curves without unnecessary protrusions or bright colours. And after a while I noticed the Whoop.de.doo inscription on one of the balls. Amazing. I didn’t (and still don’t) have any other words.

Find out how much the Whoop.de.doo Venus Balls cost

The beads go made of medical grade silicone. They are soft and very nice to the touch. They take on body temperature fairly quickly, so you can’t get uncomfortably cold. Plus, they are soundproof – I’ll admit that’s the only thing I was worried about. I thought that with another layer separating the ball from the wall,the impact wouldn’t be as strong and the vibrations wouldn’t be felt.

And here we go

I have to admit that I had a hard time getting the marbles to fit together at first – it was a little scratchy. However, it wasn’t the material’s fault. For the first time since I’ve been using a birth control ring, I tried the balls. 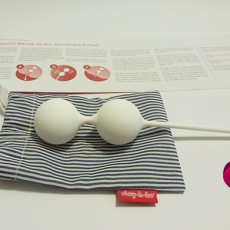 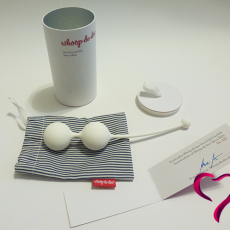 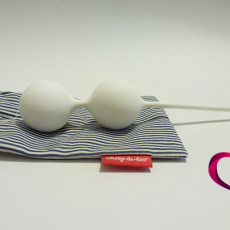 It’s true that the ring doesn’t prevent sex or the use of other toys, but the balls are a little different in shape – I didn’t know if I would slide it too far or take it out completely. In other words, I wasn’t able to completely relax. The next time I put it in, it went well. As I mentioned, I was worried about shock absorption, so I started with the highest caliber.

I started with the stairs

After the first step, I discovered that damped doesn’t mean less vibration. But on stairs almost everything is felt, so I continued running and just plain walking.

Even at a slow walk, I was aware of them. I could feel gentle very pleasant movements. It won’t make you ecstatic, but it will relax you and put you in a good mood (for more sensitive women it might even make them want to have sex 😉 ).

When I tried the Whoop.de.doo beads, I realized I couldn’t remember what it felt like when I tried others. That meant one thing – I had to try different ones. 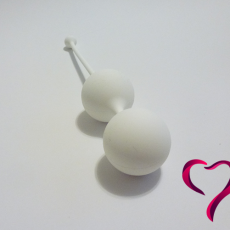 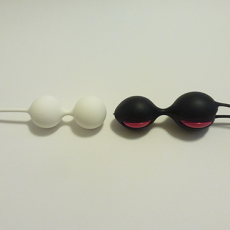 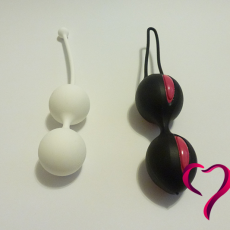 They were easy to introduce, that was about the only positive. Otherwise, I had an uncomfortable cold feeling inside me, I felt the vibrations with every step, but I also felt like everyone in my vicinity must have heard the beats too. It made me nervous, and honestly I wasn’t comfortable at all.

Do the balls stimulate the pelvic floor?

Personally, I’m not a fan of venus balls – they don’t excite me and I don’t feel like they strengthen my pelvic floor. How can they be a health aid when I don’t even have to try to hold them in?

That’s the view I’ve held so far. But Whoop.de.doo is a whole other category of venus balls. They slide down easily and very slowly (I don’t know about the lighter version), so you subconsciously clench your muscles. It’s a perfectly natural process.

The venusiny-beads are the best I’ve had the opportunity to test. Granted, they are also the most expensive (by quite a bit), but I’m one of those people who likes to pay extra for quality and a job well done. At Whoop.de.doo, you can see at a glance that someone has thought about the thing – thought long and hard – and fine-tuned the idea to the last detail (and I’m not just talking about the details of the balls).

They are definitely not balls for everyone. It is definitely not a competition to the drugstore Venus balls. The Whoop.de.doo beads are a design piece that is second to none. They are unique, functional and yet truly beautiful. 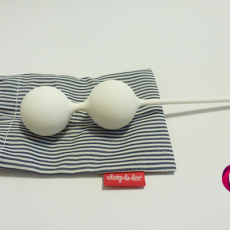 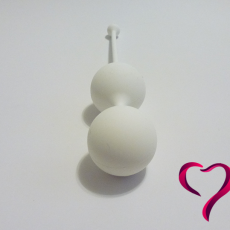 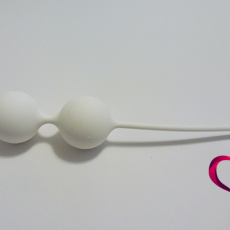 For those who think their price is exorbitant, I would recommend buying different and cheaper ones. But for those who are considering Whood.de.doo I can say one thing: “They are divine and definitely worth the price!”

The Whoop.de.doo. balls are a purely Czech product (leaving aside the protective bag made of Swiss cotton – but since this fabric is considered synonymous with quality, we have to thank Anna for her choice). This is not any mass production. This is where they win with their products.

The balls themselves are made of Czech medical grade silicone, which I can’t fault, the protective bag is also sewn in the Czech Republic – and by hand. The quality of workmanship is very carefully monitored and the moment even a slight defect is discovered, you can be sure that such a product will not get into your hands. In addition, everything is packaged in a beautiful paper tube packaging, which is also handmade.

When I add to all this the service – I mean the help of Anna Marešová with the selection and the nice chat with her (about how the balls are made and how much energy they put into it) – I think that the price of 2 290 CZK is quite ridiculous.

Author
Aly
At first glance, I'm a little red angel. But on second glance, you'll find I'm not exactly innocent. I'm pushing my boundaries (and not just the sexual ones) and enjoying every moment that new experiences bring. I like to shock people around and observe their reactions - it's not out of spite, I want to teach them to talk about sex and desires, I believe it will make their lives better and they will love sex as much as I do ;)

Hello, I need to strengthen my pelvic floor, which balls should I buy, the lighter ones or the heavier ones?

I’m a complete beginner. I gave birth by c-section and I can’t make love without it hurting. I also have trouble getting aroused. Thank you.

Have a nice day,

after childbirth, definitely the lighter ones, because those are just right for postpartum women/beginners in pelvic floor strengthening. The medium (basic) or heavy ones are just for weight training, but you have to get your body back together after childbirth and c-section first. Give it time, recovery after childbirth as far as sex life is concerned can be slow.