Not every man always has a lady or girlfriend on hand to get rid of his inner desire. But how to make yourself feel good when “right” is a stereotype. Readers of Lascivious.cz know that the best way to do this is with a wanker. And preferably the best – Tenga Flip Hole (see our review).

Except this toy is more expensive (or pay for the quality) and quite large, so you can’t carry it around with you everywhere. So how to solve it? That’s exactly the question the creators of Tenga pondered and came up with a solution – and that’s a lightweight version of the Tenga Flip Air (called Flip Lite in Asia – in the Czech Republic you have the Melty White and Solid Black variants). 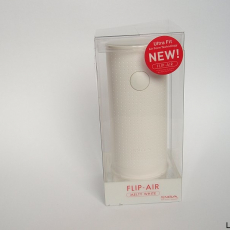 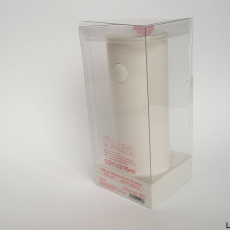 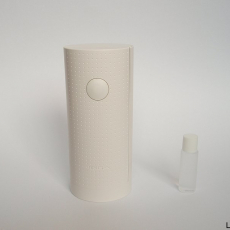 It’s a smaller version of the dildoer/masturbator for men, based on the top-of-the-line Flip Hole model. The size, vacuum control, and price have been reduced. Thanks to this, you will be able to carry the wanker everywhere with you and you won’t have to annoy your secretary with your naughty suggestions, who won’t give you one anyway. 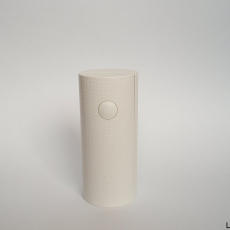 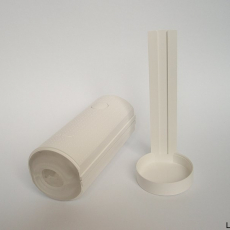 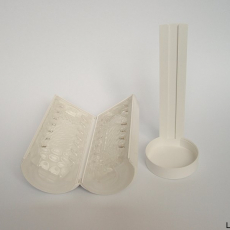 The advantage of the Tenga Flip Lite is easy cleaning (which is based on the design of the previous model – the Flip Hole). The chaser can be removed from the plastic frame that holds the two halves together. It then unfolds easily and you have access to the silicone lining, which is easy to clean. After drying, the wanker is ready for more play again, you just need to re-secure it with the plastic frame as you can see in the surrounding pictures.

Find out how much the Tenga Flip Air (Lite) costs

Cleaning is nothing to worry about, everyone can do it. You don’t have to worry about the chaser opening up while you’re playing either. It’s held by a fairly substantial plastic frame that holds in deep grooves, so I wouldn’t see a problem there either. 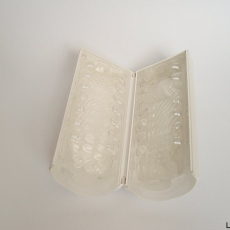 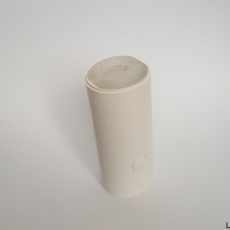 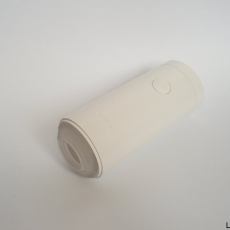 Two versions hit the market – white and black. The main difference between them is the internal structure (which is again made of very high quality silicone). The white version is simpler and softer inside. However, you will have more than enough fun with the black version, because the inner lining is very elaborate and especially narrower. The large number of protrusions in the “black” version will surely make you cringe.

An interesting innovation with the Tenga Flip Lite is the pressure “buttons” on the sides. Thanks to them you can regulate the vacuum (suction) and you can easily simulate, for example, the deep throat technique or suction during oral sex. When both buttons are pressed, air is freely released from the inner pockets as the penis is penetrated. But when you don’t press the buttons, a vacuum is created inside the wanker that your penis will want to suck. 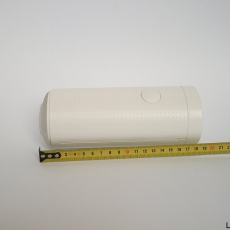 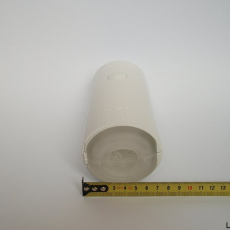 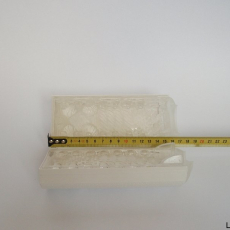 I didn’t read the instructions the first time I used it, so I didn’t know about the effect of the “buttons”. It took me a while to get it in. Then, once the inside was sufficiently coated with lubricant (which is included), it went like “butter”. I was surprised by the sounds the chaser made when screwing. The air from the wanker was rushing out and I felt like I was having kinky sex with who knows who.

The clean design of the Flip Lite will prevent anyone from seeing what you’re carrying. Unobtrusive design, low weight and high efficiency – these are synonyms for Flip Lite.

Unfortunately the Flip Air is sold out, but you can try another Tenga model:

I’ve had this Tenga on my mind for about a week now… I’d like to get my partner a “friend”, but I can’t choose. Which Tenga Flip Hole/Air might be the most irritating? For a penis about 20 cm long… diameter I don’t know, but it’s definitely no noodle 🙂 I need it to be as irritating as possible because it’s circumcised. Thank you for the answer.

Personally I would be in favour of the Flip Air thanks to the smaller size – according to the irritation both will be comparable – with the circumcision could be a problem, because according to my information it changed the sensitivity especially of the glans…

The Flip Air is lighter (420g x 558g) than the older Flip Lite. Other parameters are quite comparable:

Noise level is comparable – both types make “farting” noises when plugged in, caused by air escaping from the inner lining.

The black versions of both chasers are tighter (the light/white models are softer and looser).

Somewhere in between are the newest versions of the Flip Hole (RED and SILVER) – they have the same construction as the older Flip Hole, but have a new lining.

We’ve grown the line quite a bit. If you had to recommend an older version and this one, which would you choose? I’m all about the tight feeling, I’d like something more stimulating and also the noise level.They also wrote somewhere that the flip ait is more for a bigger penis. Thank you for the comparison.