Currently, Anna Maresova is focusing on sustainable design, her studio Anna Maresova Designers and her brand Whoop.de.doo. And our new interview will revolve around all these topics. 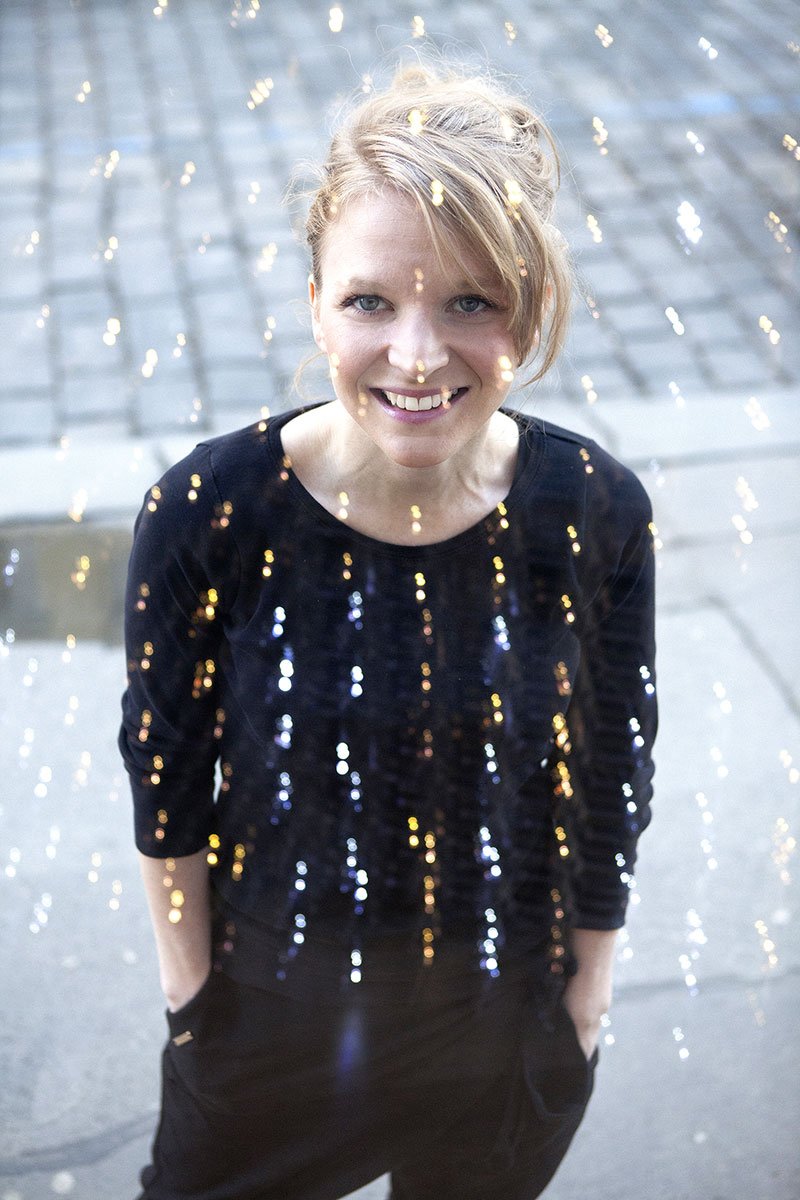 Anice, what did you want to be when you were a kid? Were you drawn to design even then, or did you aspire to be something else entirely?

I think I went through what I think almost everyone has gone through. I wanted to be a doctor for a while, a secretary for a while, or the classic – a garbage man so I could ride in the back of a car. I’ve just always been passionate about something. But it wasn’t until I was almost 25 that I got into design, when I got into product design.

Do you have a dream job? Or have you already designed and created all your design dreams?

I don’t have a specific dream, but the tram was a decent meta. So I think I’ve accomplished something with this project. A really great experience and a big career shift for me.

Are there any private dreams?

I think they’re simple and may sound like clichés…but I’ve come to the point where I just want to be satisfied and happy. And that means loving myself. And sometimes that’s the hardest thing to do!

Can you tell us what your favourite thing you’ve designed is?

Mostly I love all the projects I work on. Of the current ones, it’s the Tram T3 Coupé that was shown at Designblok.

Anice, everyone’s talking about your tram now. How’s it going?

We officially christened the T3 Coupé tram at the end of October this year – the guys from the Prague band Tata Bojs were the godparents. And the tram is already running happily. Even though it’s mainly a tram for the warmer months, we’ve also made winter glazing so people can rent it now.
So I think it’s going very well. 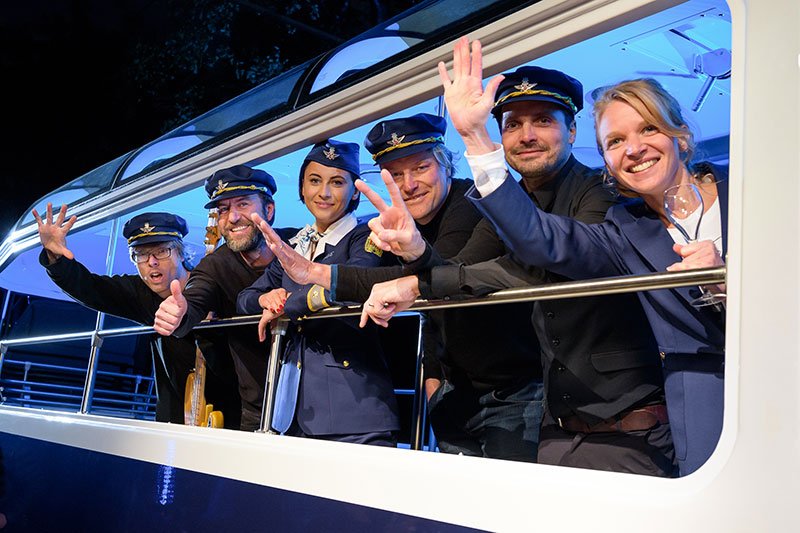 Paradoxically the more I deal with this topic at work, the less I bring it into my private life.

Do you still have a favourite?

I’m actually quite excited about our lubricant☺ and we’re planning vibrating eggs.

When you reach for one of those gadgets, do you use the ones you’ve designed?

You’re quite protective of your privacy, can you at least tell us if you prefer the classics in bed or if you like to experiment?

It depends on your mood and general state of mind. Sometimes I prefer peace and tenderness. Sometimes I don’t mind wilder action. But basically, I’m quite conservative in that way.

Where would you like the WDD brand to go in the future?

What I love about the brand is that it is feminine-focused and intimate. And that’s where I want to stay. So I plan to slowly expand the portfolio, but stay constant in the overall focus of the brand. I don’t want to add products at any cost. I want to give each product care and therefore quality.

Do you want to continue to focus only on women’s gadgets or are you planning a men’s version as well?

I’m getting more and more inquiries about men’s aids, I’m not going to do that yet. Like I said, I’d like to stay with women, just because I’m a woman. But as they say, never say never. But I don’t plan to in the near future.

What about smart electronics? Can we look forward to it in your pieces in the future?

Can you rate a competing brand and a particular product?

Have your ideas about selling your gadgets come true?

Are you planning to expand abroad?

I have. And we’re working on it. Since September we have launched an e-shop in Slovakia and gradually we want to launch more in other countries.

How are the Czechs doing with design pieces? Can they appreciate it or is price the primary consideration for them?

Anyway. But I think in general our sense of quality goods is constantly alienating. People are starting to look more at quality than quantity. And that makes me happy. 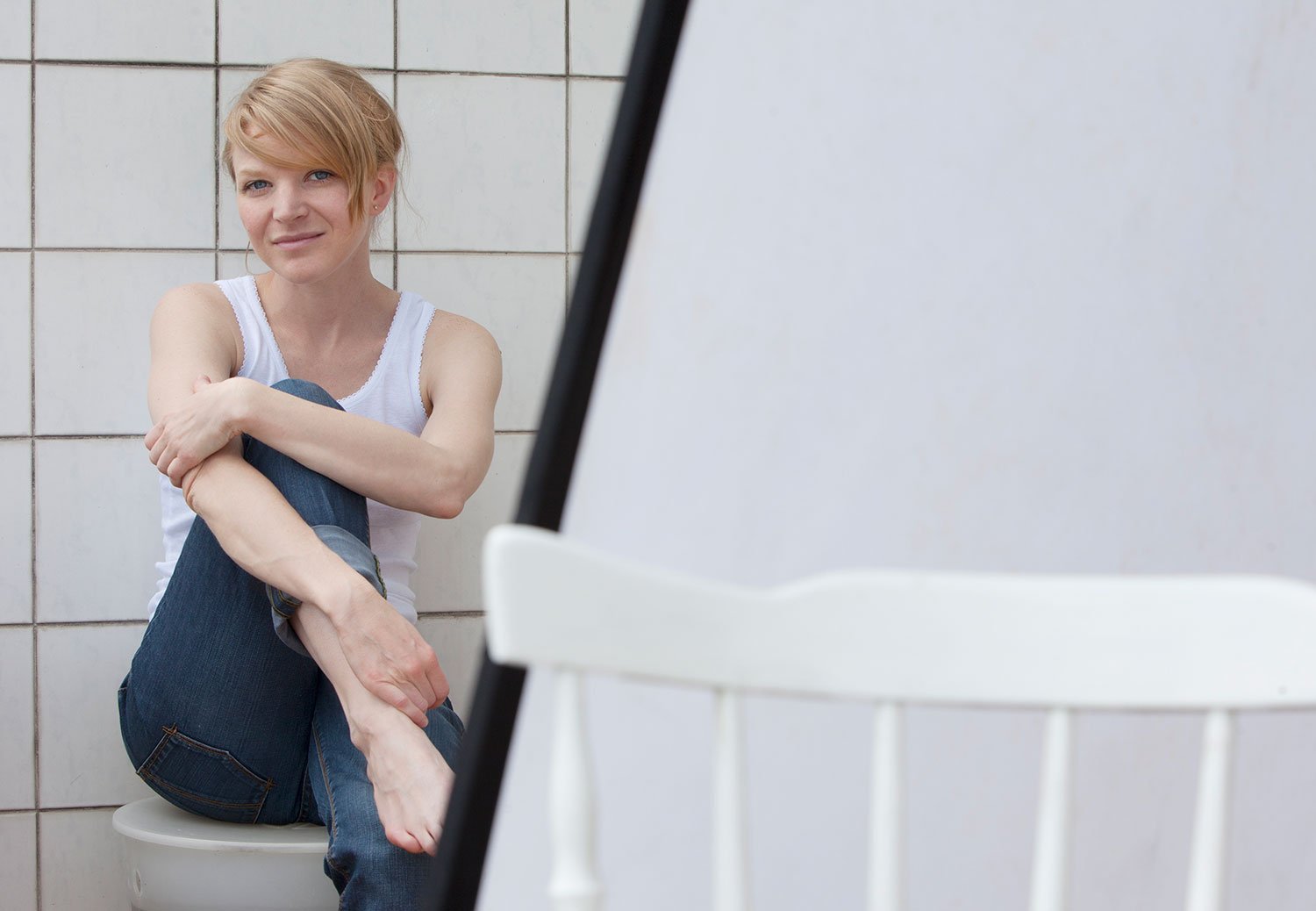 I don’t have an exact count, but anyway there were 3 prototype molds. So there could have been around a hundred.

I think it helped. It was incredibly positive feedback for me. And of course it gives the brand more prestige with international customers as well.

I think Whoop.de.doo is mostly about intimacy and how a woman feels and not just during sex. I know about the novel, but I don’t plan to be influenced by it.

Among toys for women, the Womanizer (or its copies from Satisfyer, LELO,…) has been a big hit in recent years. It is a vacuum clitoral stimulator. Do you have experience with this toy? Or what do you think of it?

I believe it works well, but I personally have not tried it…I don’t like the look of it. Overall, the product seems so instant to me. It sort of proclaims: “Fast orgasm guaranteed”. Which is fine, but that’s not quite all it is in my opinion. But I can understand that some people might find this amazingly convenient.

What’s your favorite sex toy that you didn’t suggest?

Classic Venus Balls. I think it’s great that they’re mechanical. In a way, immortal. They don’t need recharging. So they are close to me in principle, I see it as a sustainable design.

Speaking of balls, the Noir black balls have a heavier ball at the bottom – what’s the point? Wouldn’t it be easier to just make this edition heavier (with both balls equally heavy) and not worry about where it’s better to put the heavier and lighter weights

On the Outdoor Balls NOIR Heavy I collaborated with sexpert Julia Gaia Poupet. We met once and she asked me if it would be possible to make even heavier balls. At first I argued that I couldn’t achieve any more weight, but then I came up with this combination of weights and vibrating balls. Gaia got five prototype balls, which included a version without vibration. Her reaction was: “The ones without vibration are boring, but the ones where the vibrating ball is on top and heavier at the vaginal entrance are absolutely fabulous“. And she also explained why: ‘It numbs and vibrates inside to activate what is often insensitive. And at the entrance it makes one clench again, but it is not overstimulated, so one becomes aware of the inside. That’s what I find brilliant about them.” They suited me best too, so there was nothing to worry about. And so the NOIR Heavy was born. 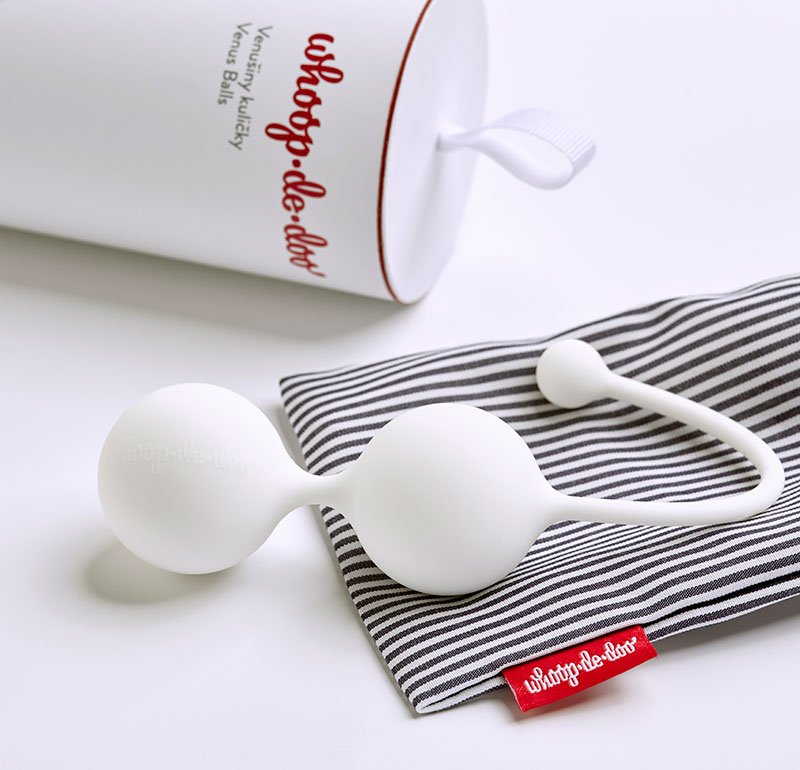 In addition to black, red and white are also available, which one is the most popular with customers?

When I look at it in the context of the whole year, it’s half and half red and white.

So now you’re going for the vibrating egg. Do you know what’s coming after that? What are your plans for the WDD brand in the future?

I have plans. I want to add more intimate products for women and do more education in that direction. How specifically I don’t want to reveal yet, but I’m looking forward to the egg!:)

Your products are more expensive compared to the competition. Do you think this is a handicap for you?

It depends on the distribution. If I were offering them in a flood of cheap products from China, it would be a handicap, but if Whoop.de.doo gives a separate space, customers will understand why the price is higher.

Quality, not only in terms of design but also in terms of quality of materials and workmanship, cannot be cheap and shoddy.

Do you feel that the Czechs have learned to pay extra for quality?

And finally, let me ask: What would you like to teach the Czech market?

That sometimes less is more. It’s exactly what I mentioned a little bit. Less things, but quality things.

Author
Aly
At first glance, I'm a little red angel. But on second glance, you'll find I'm not exactly innocent. I'm pushing my boundaries (and not just the sexual ones) and enjoying every moment that new experiences bring. I like to shock people around and observe their reactions - it's not out of spite, I want to teach them to talk about sex and desires, I believe it will make their lives better and they will love sex as much as I do ;)
Verified shops

We recommend these sex shops to you because we buy our sexual
test toys and we always get quality pieces at a great price: